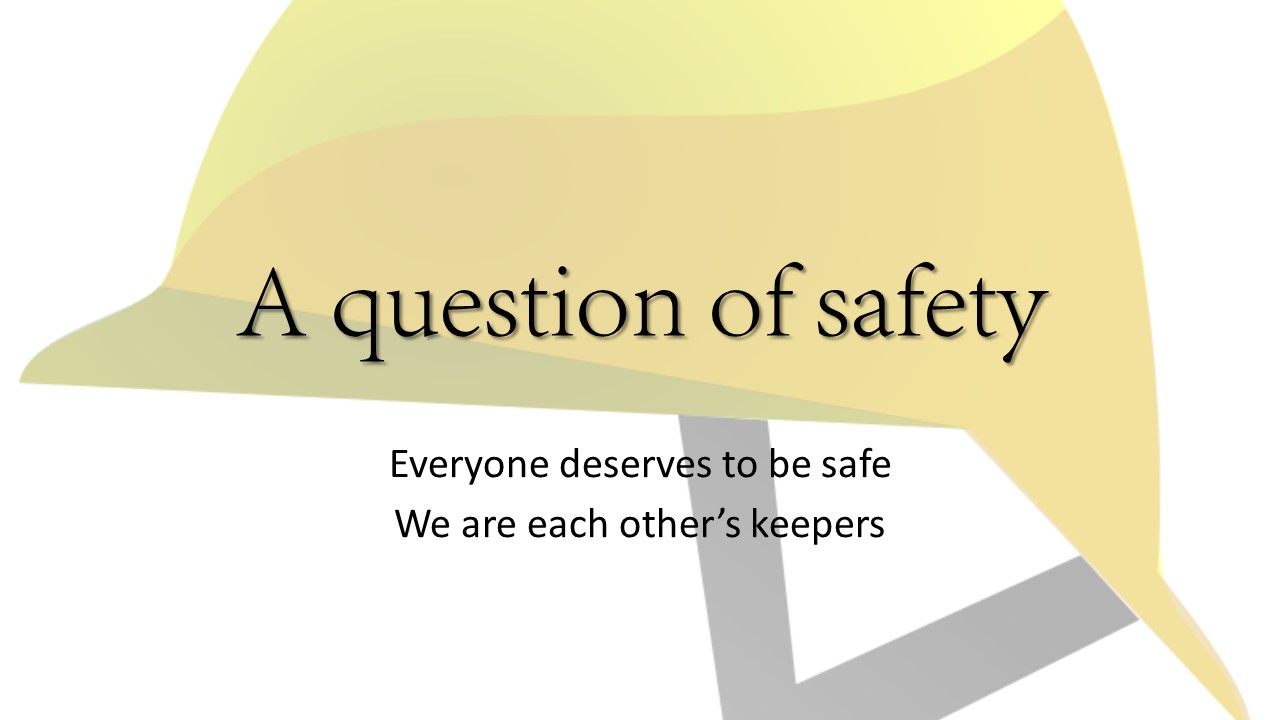 The past few days, on social media, there has been a ton of posts with the hashtag “Me Too” going about. It is sad that we are still having this discussion about such a horrible situation. It has to be said that everyone is created not only equal but has the right to self-determination. Meaning, no means no.

A question of safety

The fact that half of the population is living in fear of their safety from the other half is a mess. A complete shame and disgrace.

The “I am my brother’s keeper” also applies in the form of “I am my sister’s keeper” just as well. With most of the instances of abuse being done by a trusted/known person, it is despicable that women have to fear both strangers and trusted loved ones as well.

The line of… I didn’t know better… doesn’t hold water when the person receiving the abuse refuses or fights back (even if they couldn’t protest… that excuse doesn’t work). They’re letting it be known that they’re not OK with the treatment. Keeping things fair… one has to listen and respond accordingly.

The Edge in tone

As a guy, looking back in time, there are moments of ignorance that I’m not proud of. As a child, playing the game doctor pre-school age, there were questionable practices that were quickly and aggressively corrected by the supervising adults. Sure, there is associated guilt with the memory. But later in life, the understanding that respect is given and earned allowed me to not repeat these errors of infancy.

Part of the reason why this post has a bit of edge to it… I am looking at this from the perspective of a father. I recall how I felt when I was nearly kidnapped by a documented and registered sex offender. The years it took to recover and put that issue to rest is not necessary for anyone to go through. I was fortunate to find help that didn’t report back to my parents and today I’m much better for it.

No one deserves psychological, emotional, mental, physical abuse ever!

Not everyone has the resources to invest in recovery from such. Not everyone will be able to bounce back. It could be your own child. Your own friend. Your own parent. This abuse nonsense is everywhere. It’s the part of the human condition that has to be eliminated quickly and permanently.

The ones who commit these crimes need to understand that they’re the ones who made the choice to act in the way they did. No one held a gun to your head and insisted that you rape someone. No one threatened your family if you did not disrespect you co-worker verbally for the outfit they wore.

Control yourself! Control your impulse. If you can’t, go get help. Find a way to learn to control yourself. Violating the space and sanctity of someone else’s peace is… (will not use profanity)

The media is focused on male aggressors, and rightly so. Too many abuses have come at the hands of males who should have known better. Males, in some view of the world, are the guardian of civilization. The protectors of morality. The providers of safety. The gatekeepers that hold chaos at bay.

Yet, many of these males are cowards or boys in men’s bodies. These excuse-of-manhood have polluted the very social contract that they’re designed to upkeep. Worse, they’ve insisted women should do their job by stating it’s the woman’s responsibility not to get raped/abused/violated/disrespected/humiliated/annihilated.

Get a grip fellas. Rise up and protect the very society in which you live. Keep all in your watch safe. Do your part to support any who come to you asking for help. Help them. Or direct them to qualified help. Saying “I don’t know” doesn’t hold credibility in the day of mobile internet… phones with Google.

Not going to gloss over the fact that there are females who are predators and aggressors also. They too need to be held accountable just like the males who create such destruction.

To all who are taking a stand in this movement to fight back… kudos! To all who aren’t feeling strong, take heart and reach out to someone who can support you in getting your voice back.

Having social predators is not cool. We all have to work together to either teach them better ways to handle their self-control, or find ways to contain their inability to control themselves.

It is never your fault if you’re the recipient of abuse. You didn’t ask for abuse. Do not conflate reprimand/guidance/coaching with abuse. The abuser is all about their own needs at the expense of yours. Abuse never feels right. You’re not designed to be abused. You don’t deserve abuse.

We need more people speaking about this because that’s the only way that light will be shed and people will learn. In a time when everyone is quick to reject any idea that is not like their own, everyone needs to speak on this matter. Why? Someone you know may well be the victim of abuse. If you say nothing, you’re allowing the machinery to continue.

I recall a person who used to teach that boys will be boys and it’s normal for them to learn how to be men by having their way with girls their age. They spoke loud and clear about it being the evolutionary way for boys to become men. Then, he had daughters. And they started to date. His tune changed when his wife shared with him how she was once taken advantage of. He heard her for the first time when she used his daughter’s names instead of her own to make the point clear. He’s no longer advocating that boys roam free without guidance.

It’s this free roaming that is killing chivalry. It’s the systemic locking up of men that leaves children without role models other than television or music to show them how to treat women. (not diving into this complex topic)

Everyone has to speak up. Everyone has to do their part. If not, women will never be safe to live in the world they live in. That travesty can not be allowed to continue.

again, not discounting any guy who is the recipient of abuse at the hand of a man or woman. All abuse needs to stop

No one ever asked to be violated…ever

If you see someone getting hurt, say something… do something. Better to find out everything is OK than to find out that you could have saved a life.

It’s not just the victim who suffers either… it’s the whole community around them. It’s their dependents. It’s their co-workers. Their parents. It’s their school district, their church, their spouse, their future contacts. Everyone hurts in one way shape or form when a person is victimized.

Please… it’s a question of safety. A question that affects prosperity and impacts progeny as well as community. Let’s stop this madness once and for all.

This “Me Too” may be the last wake up call to save lives… as the media will soon change it’s focus and attention.

please note… this is not a comprehensive commentary on a very vast and complex problem. This is just shedding a little light in the much needed discourse