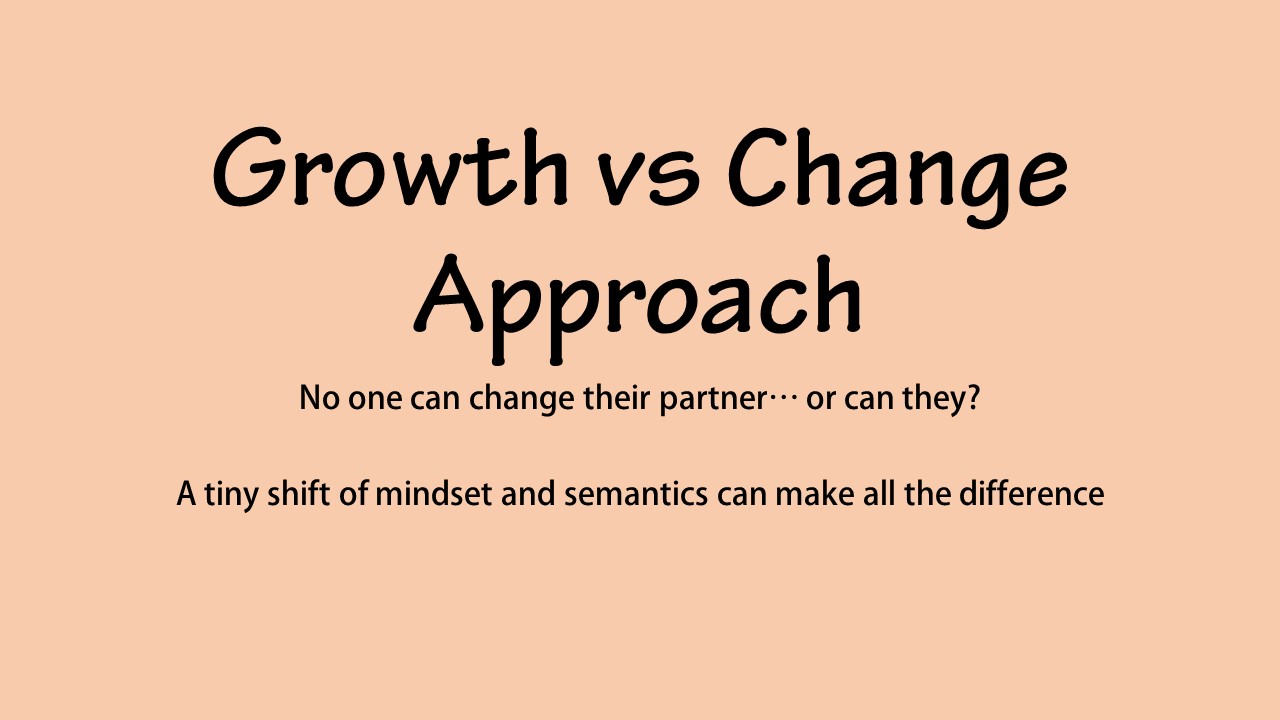 Tammy had been struggling with her boyfriend Scott for some time now. Their relationship was ok. Things had gotten a bit strained as life was changing. Now, the question was this… what happens next?

As far as Scott was concerned, life was perfect. There was no reason to change anything. They had gone to school, they had gotten jobs, they had purchased cars, and soon, they’d be paid off with their debt. Tammy, sadly, was not pleased and wanted way more.

It’s the “way more” that was causing a bit of friction for a couple that appeared to be perfectly suited for each other.

In the realm of the mindset experts, it is wise to have a growth mindset over a fixed mindset. Those who can adapt and are willing to adapt are those who thrive when life changes.

Three things we can be most sure of… death, taxes, change. Life happens, period. What we make of it determines the quality of life we experience.

The issue Tammy and Scott, our fictional characters, are facing is not new to lovers the world over. With changing circumstances and situations, relationships have to go through various stages of assessments and adjustments.

Those who are fixed in their ways will run into friction with those who are open to change. In this scenario, the issue was focused on moving the relationship forward and what that forward should look like.

Tammy wants marriage. Scott feels that they’re rushing and rocking the boat too soon. After all, things are great as they are, why change things. Scott wants to invest in property and Tammy wants a house. Scott thinks a big wedding would be nice, Tammy wants a small one. They don’t agree on the timetable for any of this.

The one single point of heated contention was the notion that both felt the other was trying to change them. Tammy hated that Scott kept asking her to relax and learn to chill about their future. Scott hated the fact he was being compared to all the other guys who had made the plunge (marriage) forward… as if to imply he wasn’t manly enough and needed to change fast.

When thinking of change, most people resist. There is a hidden implication that the reason to change is because one is not good enough as is. If you’re being asked to change, you stop being yourself to accommodate someone else’s preferences. That gets a lot of resistance in relationships.

Growth is less threatening. One still is the same person, just better. Might be a situation of semantics, but the mind likes it.

We are still ourselves but we’ve grown out of childhood into adulthood. We still feel true to who we are.

Change can be scary. Like, change of a job one didn’t ask for. Change of cities to live in that was not planned. Even planned changes bring about a degree of uncertainty that is not comfortable.

Tammy and Scott survived a number of changes that they experienced as growth. They met early in college and stayed together through graduate school. To them, it was growth. They adjusted gradually over time.

Then, change came. They’re now in the working world. They’ve got to decide how they’ll proceed. Do they stay together in a dating setup, do they move in together and where, or do they get married and start a family in their own home?

These all offer a degree of uncertainty, especially because they never lived together before… yes… old fashioned couple… living in this modern era.

If the two lovebirds took a moment to breathe and stopped trying to change each others’ perspective, a new way of addressing this intersection would come to mind.

What path could they embark on that was true to their relationship and allowed them to grow comfortably to the next stage of their lives?

Instead of measuring up to others and requiring leaps of change, staying on their growth path would allow them to get to the destination they both want, a family in their own home.

A good friend of Tammy and Scott challenged them to speak from a growth perspective much like they had done when they navigated going to different graduate schools and keeping their relationship alive and well.

It is much easier for the mind to adapt to growth. It’s a process that is very incremental and doable. Change can be drastic and unforgiving. (the loss of a job, health, family, or the need to adapt to a deportation etc)

While change is good, it is not always needed or welcomed. Those who find change to be very good are those who see it more like a chance to grow and explore new ways of being. That’s why most folks see change in the negative instead of positive.

In order to succeed in life, one has to be willing to entertain growth as the way of adaptation. Change is inevitable. One can hope for the best or one can learn different skills that makes it easier to adapt. When one can learn new skills to improve being romantic, it is easier to stave off a breakup that would have resulted from the lack of romance. When one learns how to better communicate, one can insulate their relationship from damages from bad communication skills.

As we build up more tools to be better partners, it makes it much easier to address the changes we can’t plan for. It is all about the foundational pieces that we have in place that allows flexibility.

The growth mindset allows for adaptation. The fixed mindset prays for consistency to avoid change. Change happens. But one can always grow through and out of any situation. (not ignoring the caveat of “opportunity” that greatly influences the options available)

Whatever happened to Tammy and Scott? They adapted… lol. If you want to know how… let me know in the comments below…then, I’ll create a more fitting short story to reveal how they adapted.

For now, cheers to being flexible and open to growth through any and all situations that may present itself. It’s the best of being human 🙂