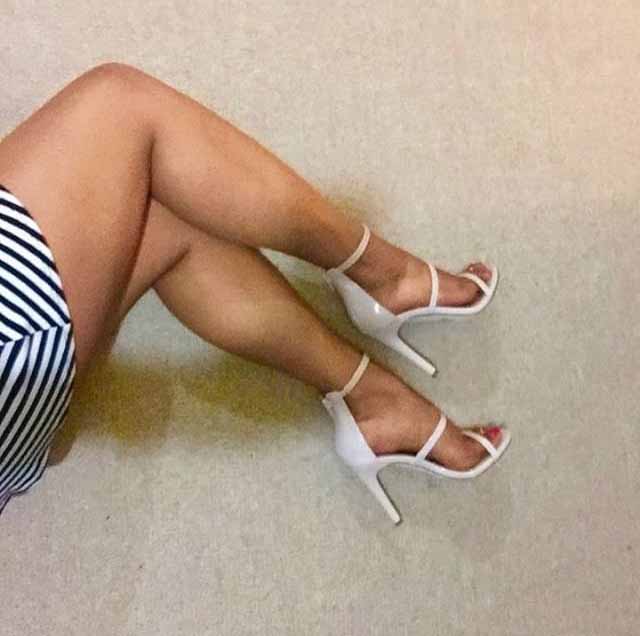 Jeff had always loved Linda from the very first. The way she moved. The way she loved living. He had always felt she was the perfect answer to all of his problems. In fact, it turned out that most of the challenges in life he faced, he could attribute success in part to her presence in his life. She was his calm and balm. The very reason why he worked so hard to make her happy. Whatever Linda wanted, within reason of course, Linda got. And to make matters better, whatever she wasn’t aware she wanted, he made sure to introduce her to it. Jeff just had to make sure Linda stayed put in his life.

Linda had a similar respectable suburban upbringing that Jeff had. Things were just fine. Having the luxury of meeting Jeff early in life meant that they had grown together over the years and solidified their bond. The college years were good to them. They weren’t clingy and weren’t possessive of each other. In fact, they joked about how open their non-open relationship was because many thought they were just best friends and nothing more. Only the carefully observant could tell.

While Linda did like the thought of having the finer things in life, she was a realistic woman who enjoyed planning ahead. That meant keeping the books in order, the finance streamlined, and vacations well-arranged in advance. That kept life relatively stress free in the tight budget days of school right into their love life post graduation. OK, their love life started before, but that wasn’t commonly understood fact.

As she grew her collection of fine things, Linda always took time to hunt deals down and find the right bargain. This, Jeff loved about her. He wanted to build some cash reserves early so they wouldn’t have to work hard all their lives. Linda’s economical ways proved to be very ideal for his dreams. Sure, they were fortunate to get into great careers straight out of school, but having something set aside for a rainy day meant that stress levels didn’t match that of their peers. And to Jeff, that was the best anti-aging solution he could possibly think of, low stress.

There was one thing, however, that rubbed Jeff’s sensibilities. He also had a taste for the finer things in life. Linda being the prime example. He just enjoyed watching her move about their place. It’s like watching a symphony playing the sexiest of ballads every time she moved about. The days when the office require a late work day was more than torturous as it robbed Jeff of his melodic therapy that particular evening.

Jeff had noticed that Linda kept a small efficient closet. While one could not tell if she wore an outfit more than once to any particular social outing, Jeff knew that she was a master at blending pieces together to make brand new looks. While the details of this eluded him, Jeff had one weakness, seeing Linda sway her hips in heels made the world stand still and time stop every time. He needed to have her in them a lot more than just on occasion.

Jeff had thought he was brilliant when he fashioned a plan to plant the seed of high-end designer heels in her closet. The plan was simple in it’s genius that it was guaranteed to work. Jeff bought Linda a pair of So Kate heels for one of her birthdays and also one of their anniversary. As he saw it, this would trigger both is visual fantasy and let her know that he thought it was OK for her to spend a bit more on herself to get nicer things. Not that her things weren’t nice. Just not super super expensive was all.

With both their careers on the right track, to Jeff, it made perfect sense to splurge a little. Their vacations were getting nicer too. Their home was well furnished. Their cars were nice. Their lives was better each passing year. This is why Jeff was absolutely lost for words when his plan didn’t produce any fruits. How could the subtle hint be lost? Jeff didn’t press the issue. He knew that he had missed something somewhere and didn’t want to make a deal of his over simplified plan that failed.

Linda had taken note of the gesture that Jeff had made. The message may not have been very clear, but the conclusion was. Jeff had a thing for her in heels. It was more than just her figure in tight bandage dresses. It was more than just her walk. It was more than how she let her hair bounce about as she purposefully added a bit of cadence to her walk whenever he was home. Jeff was totally into her like no one had ever been. Now she knew that he wanted to step things up in a sexier direction. A plan hatched in Linda’s mind and the day would come when all the pieces would come together and Jeff would be thrilled.

In order to get things all ready for her surprise, Linda had to make sure that she followed up her text message with something hot but not too hot. She didn’t want to give Jeff too many hints. He was already very busy at work. Their busy season was winding down. He needed a vacation just as badly as she needed one. Their careers had overlapping busy seasons each year. Getting away would be most important to them. So, to make her point clear that she wasn’t thinking about any getaway, she sent him a text photo of one her his favorite booties. The ones that made him think that she wanted nothing more than a smooth quiet productive day.

Why he liked this particular pair eluded her. Linda knew that whenever she wore those, he gave her plenty of space to do whatever she wanted to do and then at the end of the day would link up with her for a sweet casual deconstruction of their day. Sometimes it ended up in them falling asleep early, other times late, other times after some rough-housing, they’d eventually sleep. Unlike other heels that triggered a more vigorous amorous meeting of the bodies, this pair just meant it was chill mode.

Perfect. Jeff would get the message to chill and not press her for anything tonight. That would be amply perfect. She had some rough-housing in mind that would ease a lot of stress for the both of them.

It came as no surprise to her that Jeff replied simply to enjoy the day. And with that, she smiled and headed out to work…as in working on the plan, not actually work work. There was a few things Linda had to arrange first before Jeff came home tired and in need of her.

When Jeff arrived home, he saw a note on the door. In simple terms, Linda had asked him for help setting up new furniture. Being that it was a few days away from the end of busy season, Jeff sucked up his thoughts and changed his plans. There would be no Sports Center tonight. Unwinding would really have to wait until the project was done in a few days. His baby needed his help, and being she had been extremely patient with him the past many weeks, the least he could do was help her out.

When Jeff got upstairs to meet his wife, he nearly lost his breath. She had transformed her walk in closet. How, he did not know. But what had come of it, he definitely loved. There was all manners of beautiful things in the space. Many designer heels, many designer bags, many transparent drawers of designer jewelry about the place. It was like the heaven he had dreamed of creating for his wife. 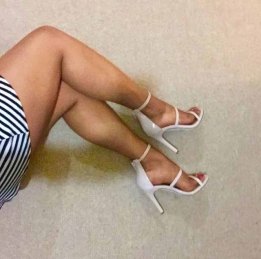 The most delicious part of this fairytale come true was that in the center, on a sweet lovely piece of carpet, was his Linda in the most sexiest pair of strappy sandals he had ever laid eyes on. She had that come hither look on her face too. She was calling him over to do something. As he tried to process all that gorgeousness into his mind, something caught his eye behind her. She was holding what looked like a leather strap.

Puzzled, he smiled. That was not part of any fashion catalog he knew about. If anything, it reminded him of something he had tried to introduce to her a long many moons ago while they were in high school. He remembered how stiffly she had chastised him for insinuating that he was going to use this on her.

But before he could connect the dots, the smack of that leather against her skin cleared up any confusion. Tonight, the seeds planted had born great fruit. It was time to dine and forget about all the stress that ever was. Linda had brought home the slice of heaven he had not yet been able to deliver. As he moved in to wet his appetite, Jeff made a mental note to complete the bare spaces of the closet with more gifts and add more shelves in the areas that seemed lacking.

Many beautiful additions to the house were added now that Jeff not only was out of busy season, but also more properly tuned to the new gifts and fruits Linda was bringing to his attention. The trust and bond had grown more deep and profound. It was with pride and honor that Jeff blessed each room that was upgraded. He took his time to uncover the jewels Linda had and introducing her to the many new fashion pieces her life now had.

There was plenty of leather in the purse, heel, belt, strap, glove, and jacket variety. There were the vegan variety leather goods too, as Jeff was sensitive to Linda’s concerns about where her consumption originated from. The introduction of PVC and latex is a story for another time, as Linda is presently bound delightfully and well captivated by the new toys Jeff brought in. The outfits were all house appropriate and those that were street wear, well, they delighted all who laid eyes on them and garnished many compliments.

Jeff had no regrets about missing Sports Center. In fact, there were plenty more nights where the very notion of having cable made no sense, as they were too busy blessing different rooms and toys. There was a new sway in Linda’s hips that overflowed with fruits of Jeff’s seeds.

To the friend who shared her photos with me to encourage my writing, thank you very kindly. You know who you are. I greatly appreciate you sharing and reading this also.