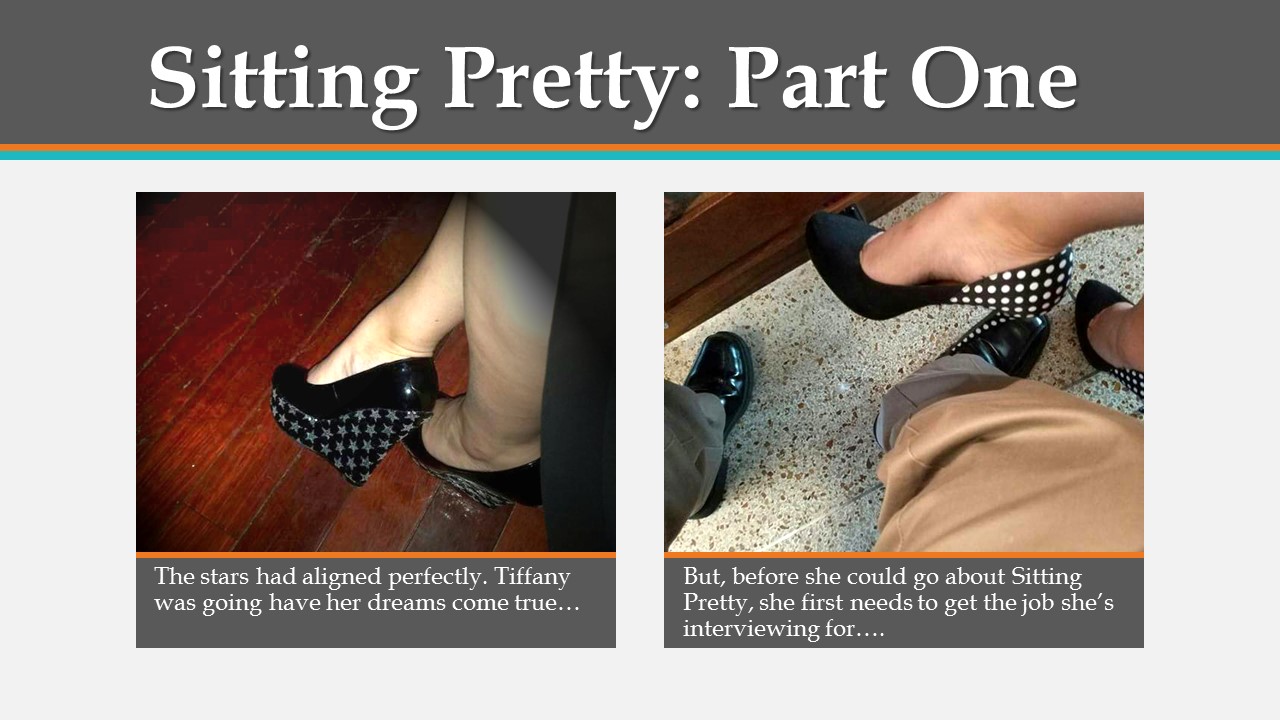 “Why simply dress to impress when you can dress to kill” – quote from IG’s personality Manda.

Tiffany sat reviewing the letter before her as she wrapped up looking up her favorite Instagram personality’s photos on her phone. It had been a long journey to get to this place in life and now thing would all change by the content of the letter she had left face down.

In a few more minutes she’d know if her dreams all were about to come true. She needed that bonus and promotion. She needed that recommendation and she needed to know she was going to finally put a plan in motion to win the heart of the man of her dreams. All of this rested in the content of that letter.

But before she could make herself read the letter, she needed to get her nerves a bit more steady. Tiffany got up to get another glass of water and hoped that would do the trick, as any other stiffer drink would cloud her ability to fully process this precious mail.

Tiffany had worked her way up through school and was not lucky enough to have rich folks pay her way. No, this was an effort of much blood sweat and tears. There was one person who had been there all a long. He, Sam was his name, was special. A young guy who as slightly older than her by months, who had build himself up from scratch to be a name to reckon with.

Sam was constantly pushing her to keep working towards her goals. He was always assuring her that the pains and toils of life was only making her stronger. She was able to get her confidence up and do many internships, thanks to his empowering messages on social media and via text messages.

One could easily understand why Tiffany felt a special bond for Sam. Thing was, she wasn’t sure he saw her that way. After all, he was quickly becoming a massive powerhouse in his industry, which coincidently was the very field she had studied for in school.

Sam had this one bone to pick with Tiffany on a regular basis however. She only dressed the minimum required amount for any of the venues she had to frequent. So, if work said business casual, it was just as casual as you could get away with. If it was a social party, just enough to say she tried. Same for church, classes, and home.

Tiffany thought that Sam was a bit full of himself when it came to how he dressed. The man always tried to be the most sharply dressed and most prepared person in the room. It felt a bit stuffy and pretentious to Tiffany. However, comparing his life to hers, that seemed to work for him. In fact, they both put in a lot of hours to build up their lives, yet his was in the fast lane and hers was not even on the highway it seemed.

Don’t get things wrong, Tiffany also noted that Sam’s appointments and meetings had always a ton of super smart folks that made him look average at best. While he might have looked the most professionally ready, he was always learning from people way smarter than he was. That always puzzled Tiffany as she felt he was always the smartest guy in the any gatherings she attended. No one could shine like he was shining.

Sam always teased her and said that if she only would agree to sit pretty, doors would open for her to sit on and in luxury. Tiffany always laughed, for to her, hard work was going to be the standard for her life.

The moments before the letter

Some time after graduation, Tiffany had seen an ad for a position managing a team on a project she felt comfortably knowledgeable about. She responded and worked hard to put a great interview together. The process went without much problems. The last appointment was set and she waited for the call.

That day, well, that day will never be forgotten. She got a text from Sam insisting she dresses her best, as in dress to kill not just impress. Normally, she’d wear her usual interview outfit designed to make her bland. A navy blue suit that showed nothing of her figure and flat loafers for comfort. No makeup, nothing. Just plain. It worked every single time like a charm. Why change the formula today?

Given how Sam had insisted in the most persuasive of manners, Tiffany had asked one of her friends to help her shop for a better interview look. The process had been laborious and tiresome. The chosen outfit made her feel like she was trying to seduce the hiring person. What if that person was a woman and took things badly? However, given how much Sam had insisted, she went with it… vowing to make him pay super dearly if that outfit had backfired on her.

The day of the interview was tough. She had many layers of conversations from the lobby of the place through many floors and many people. Some of the interviews were standing interviews, others were walking interviews, some were formal sitting face to face types. The one that bothered her the most was when she had to stand in front of a panel for an hour being grilled. She swore Sam was giggling somewhere knowing her feet were killing her in the heels she had.

The last interview was quick and fast. It was with Sam. He looked so ravenously hot in his perfectly tailored suit. It was as if he had worn it just to seduce her and make her lightheaded the whole time. His questions were very industry specific and to the point. Before she could try to take control of the interview and spin things favorably her way, he was done and was walking her out.

The intense electricity she felt racing through her body as he escorted her to the elevator made her wish she had more makeup to cover up her blushing. The man had not touched her, but the energy transfer from his hand through the air onto her lower back, he might have well touched her bare skin. She was very much aware of his masculinity and wasn’t sure if she felt his body tugging her towards him. His voice was sending ripples of waves awakening dormant primal urges.

Yet, when she looked at him, his face was all business, his eyes rock steady confident. She wasn’t sure what to make of that final interview. If things went well, she’d be working alongside her dream man. Tiffany quickly chastised herself for thinking such foolish thoughts. The job was not yet hers. He was just a mentor like friend. He would never pay her that kind of mind.

the story continues on the next page