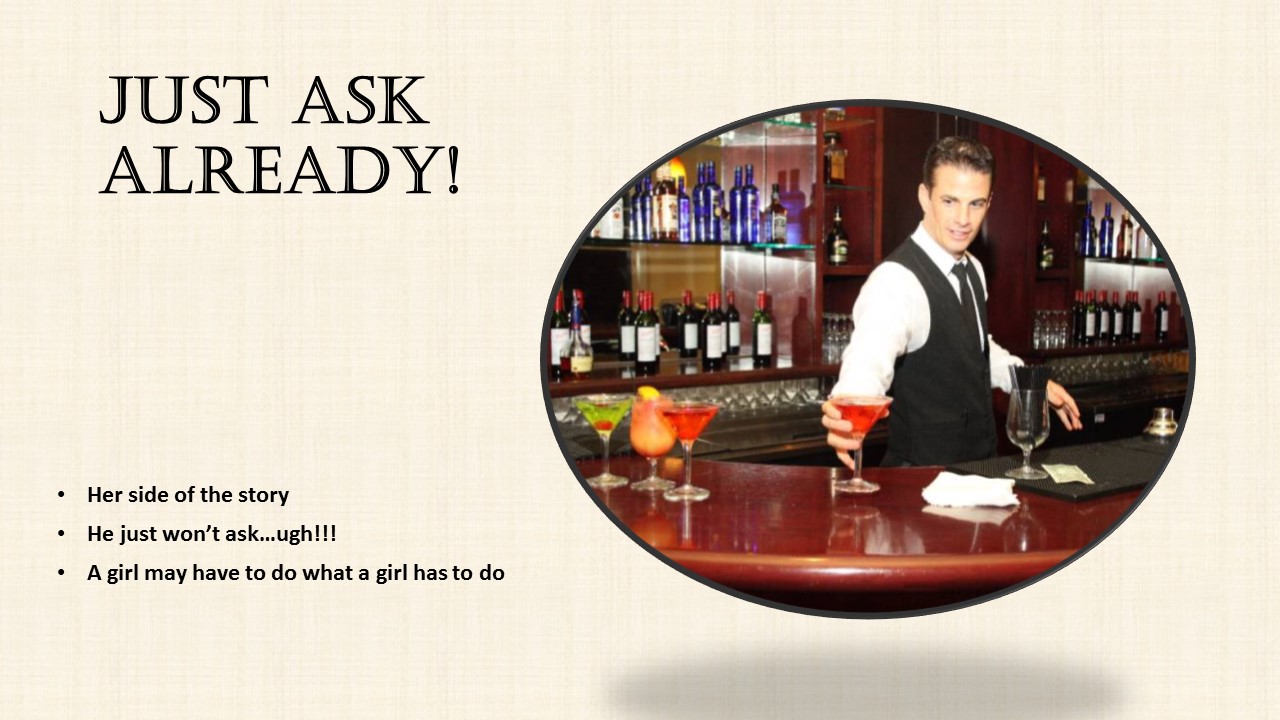 Connor did have a flaw. One that couldn’t be ignored. One that wasn’t quite the deal breaker, but there was no deal to be broken.

Connor was jealous of Rex. Yeah, that was his actual name, Betsy sighed privately to herself.

Rex was that guy who swore he was raised from the streets and tried to prove to everyone he had plenty of hood in him. The reality was that Rex had a good upbringing. The hood would have eaten him alive, especially because he was nothing like what his name implied.

Rex did understand the social dynamics of the office very well and would play it in his favor. Every year he took a different lady to the office party. He knew how to approach, how to engage, and how to swoop a gal off her feet. Every woman thought she was the one… come holiday season.

Despite all his magic, no one manage to get Rex to stay around long enough to ring in the New Year let alone new relationship.

Betsy tried not to laugh every time she recalled the way Rex had manipulated circumstances to swoop in and foil Connor’s only two serious attempts at getting a date with her. Sure, it was hilarious, sure it was just jokes and fun antics. Betsy had initially been secretly proud of how well Connor had handled the interruptions.

However, the lack of follow up had left her wondering how wounded his ego was. The way Connor skillfully turned the tables on Rex and made the situation all the more funny had been a huge selling point for Betsy. Yet, the man just didn’t close the deal.

What’s with You Guys

Betsy was starting to think that she’d never get a chance to ask Connor what he was thinking. What was with men and their egos. How come whenever she gave the green light, Connor just dove head long into his work and grew distant and cold? Was she sending the wrong signals? Was her outfits those day hideous?

The other women in the office felt that Betsy was lucky to get so much specialized attention from Connor… who as polite as he was with everyone, never gave the other women the time of day.

Connor was in a league all of his own. One way outside her league at that.

Why were the good guys either weak, or too hard to figure and attract. Connor was definitely a hard read and that difficulty was starting to erode her attraction to him. A gal could wait but so long before she had to fold and move on.