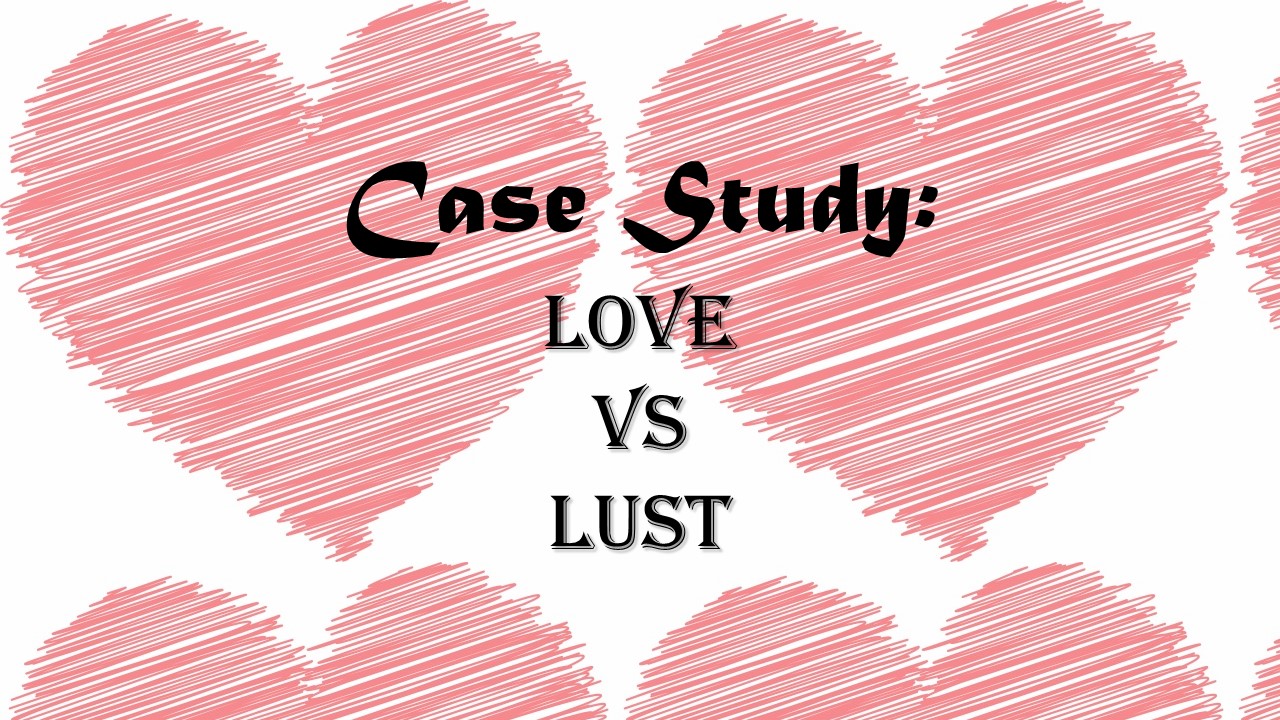 Returning back to writing after a break requires brushing off a bit of cobwebs and sharking off some rust. What better topic to clear the old typing skill than to dive into the huge discussion of lust versus love.

But first, a quick two points… not warning… but… advisory statements

1- Feeling extra rusty. Thank you for your patiences as I addressed offline realities that’s ongoing. Adulting. Will continue to provide the usual good awesome reads just on a less fast paced rate while raising a family.

2-Love is a very complicated beast with emotions that captivates the mind, body, and soul of a person. This is just one more footnote in the vast compilation of writings on the topic of love. Provided for your entertainment, should you need more complete advice on how to handle love (or lust) do seek the advice of a professional.

now that we’ve gotten the fine print out of the way first, let’s see what these fingers can whip up

There is this warm feeling that washes over a person when the biochemical reactions of attraction go full force. That feeling of amazing sunsets and birds chirping with choirs singing. That’s how the movies shows it. We know it as that blissful pit in the stomach that leaves heads swooning and eyes rolling. That place we all want to be that feels safe, secure, cozy, electric. No worries, no second thoughts. Just ah!

Yet, there is a line that has to be drawn in the sand to distinguish between the two seemingly intertwined notions of love and lust. There is the difficult task of knowing which, as the difference can often spell heart ache versus happily ever after. Or so the Disney films suggests.

A Case Study: Love vs Lust

Because stories are much easier to describe what love and lust does, let’s skip some of the biochemistry and sidestep the physics of things and move right on to the case study. Makes it less ambiguous (as the many rewrites have shown)

Bobby and Sally – Version One

Bobby was doing great in his world. Nothing major to rock the boat. He was all about his computer codes. Women were the mystery that made his head hurt. So, instead of figuring them out, he trusted that an algorithm would help hi find his soul mate. If such even existed.

One day, after a grueling round of code debugging, Bobby took a break to walk about his hood. Nothing cleared his thoughts like a good walk to the local park. On his way there, his eyes happened to stumble across a scene that nearly ripped his heart out of his chest with excitement.

Not sure how he had missed this national monument before, Bobby nearly tripped as his gaze locked on the musical bounce of the jeans that carried Sally’s rear. The notion of being a gentleman nearly failed to compute in his mind. Fortunately for him, his mom had raised him well enough. He recovered his composure before anyone saw his trail of drool.

What was it about Sally today? Bobby had no idea at all. That moment however changed the course of his history. Unable to think straight or eat right, Bobby was transfixed by Sally. Every conversation that came up found a way to mention Sally.

His boys found it most interesting, as many of them know who Sally was. They never heard him talk about her much before. Now, he couldn’t keep quiet about it. She was perfect. She was incredible. She was hot. She was to die for.

Sadly, some of Bobby’s work suffered from the distraction and nothing anyone did at work managed to wake him from his trance. Worse, when Ricky mentioned how he wanted to improve his relationship with Farah, all Bobby could do was talk about how Sally was different and easier to talk to. Ricky was left confused. Farah was close friends with Bobby and if anyone could give insights, it was him. However, no one had seen Bobby close to Sally before.

In time, the near obsession got called out. It was time for Bobby to make a move. If this was so celestial, why wouldn’t he just ask her out. The excuses poured out thick and heavy about being private and not wanting to put all their business out. Truth was, as Farah later would point out, Bobby was not even dating Sally. He was just fantasizing about her. Worse, Farah had no heart to tell Bobby that his crazed fan-boy ways was making Sally nervous. The feelings were so not mutual.

Bobby’s teacher insisted he consider an internship off campus for a few months. He needed to get his resume up to speed and compensate for his distractions. The teach felt that a bright future was being casually tossed by the rose colored glasses of young uncontrolled lust. Worse, Bobby, who was otherwise a nice guy, was a bit aggressive in nature of late. Ego had grown a bit out of control.

The internship proved to be a struggle at first. Bobby kept dreaming of Sally and figuring out what she was up to and what he’d be doing to her if he had the chance. Over time, however, the project got harder and consumed his focus. Before he knew it, he was delivering on his potential and having a blast.

On his return back home, things felt amazing. Ricky was a bit out of sorts and they had to talk out their issues. Bobby was pleasantly surprised at how hurt Ricky had been about the lack of attention to his concerns. Many friends actually felt that Bobby had checked out into oblivion over Sally.

Bobby kinda had forgotten. When he saw her, he was a bit surprised that he had been crushing so much over her. She was so into her studies and was not even approachable like that. Whatever did he see in her? She was OK. But why had he tripped?