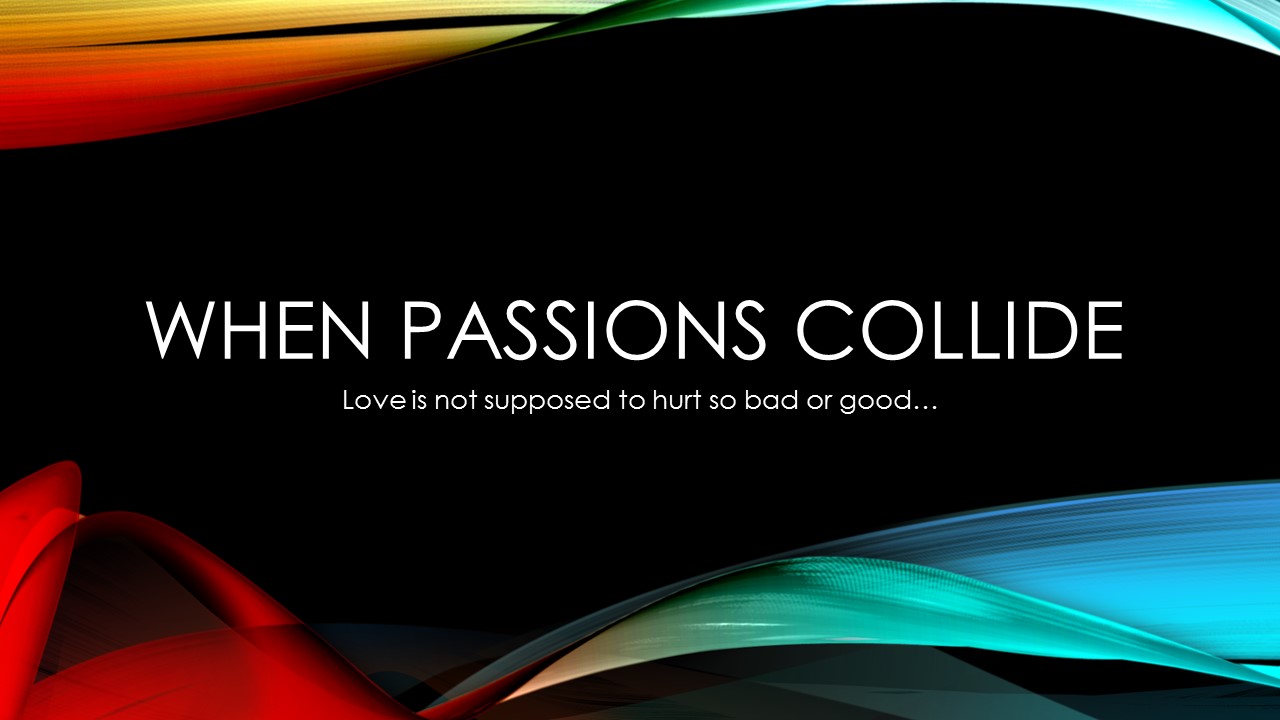 With his input not necessary and his needs being pushed back to the side, the energy had to be burned somewhere. He got involved with another passion project. At first it was only a small little thing. But it grew and consumed him. And he was good at it too. The compliments grew, the acclaim rose in intensity.

She was not worried initially. However, as he started shifting his wardrobe to look the part of a man on the prowl, she got worried. He now groomed carefully, he suited up, he smiled more, he had a pep in his step she had not seen in years.

He thought she was over-reacting. It is not like he was cheating on her. She was the one who had the massive huge social media following of adoring fans who constantly wrangled time from her. Not that this was cheating either, but, still.

The more she tried to impose limits on his new passion, the more he escaped out the house to pursue his passion. Worse, he was thinking that a break from work, in the form of vacation, would allow him to better connect with his passionate work.

She was having none of it. She had made plans for his vacation time. They were going to get away. Her family reunion was the perfect getaway. She would be helping her family as she reconnected with her man… what better way to cover two stones in one throw. He was not having it however.

After investigating some, she uncovered many worrisome tales. The man was clearly pulled in. He had found a replacement. How dare he go running into another’s arms like this? How could he violate the terms of their marriage? How could he throw away such a long fruitful loving relationship?

Could a compromise be reached?

He was so excited to head out to continue his passion when he saw his lady approach with a stern look of dare on her face. Uh-oh. This was not good. What had she uncovered? What would this argument turn into.

He was also running slightly late. His lady had managed to foil a lot of his preparation routine. She was clever that wife of his. She was sneaky for sure. But he needed this outlet. He needed this break. It was giving him the only life he could have to stay put in a relationship that had grown stale. But she was in the way. She was blocking the exit. She was stifling his chances.

She pulled out a photo of a lady. The tears were starting to flow. She had promised not to cry, but this cut deep. This hurt. This was betrayal to the max. He was not supposed to have done this!

Who was she? Why her? How could he? Wasn’t there enough love and passion at home? Why had he had to step out?

There was no telling her to calm down either, that would have made things worse. Sure, she might have liked a hug in the moment, but he was not willing to risk any vital organs if it turned out she didn’t want to be touched. The hesitation made her eyes darken with deadly hatred. He was not giving up the goods and he was keeping his distance.